The R&A on Thursday clarified that all options are still on the table for the 149th Open Championship, including the possibility of postponement.

The statement came after Golf Digest reported Wednesday night that The Open at Royal St. George’s will be canceled.

In a statement, R&A chief executive Martin Slumbers said the organization is “continuing to work through our options this year, including postponement. Due to a range of external factors, that process is taking some time to resolve.”

The R&A added that it will provide a further update when available. The Open is scheduled for July 16-19.

Unlike the Masters and PGA Championship, which were postponed with hopes of playing the events at a later date, Digest reported that The Open will be scrapped altogether, in part, because of an insurance policy that protects the organization against a global pandemic. A similar policy is in place for the All England Club, which canceled the Wimbledon tennis tournament on Wednesday.

The Open has not been canceled since World War II.

Last week, the New York Post reported that the U.S. Open at Winged Foot was set to be postponed until the fall. The USGA is expected to offer more information in the next two weeks.

Following the New Zealand Government lockdown alert over the Covid 19 outbreak recommendations have been made that all golf course facilities should close to assist with the fight to contain the virus, included in this recommendation/directive was the maintenance of these golf golf courses.

It has been the writers view since the recommendation was implemented, every effort should be made by all parties to see the continuation of our course upkeep with particular emphasis on the care of the putting surfaces.

While I realise and do agree that the maintenance of our course fits within this guideline I also believe that it was not the government’s intention when producing this document to see a business having to rebuild its assets once the restrictions have been lifted.

Our golf course is our only asset, without it we do not have anything to offer the market place, if we are to spend another month or two after the restriction is lifted repairing the damage to the course caused by this lack of attention that is another month or two without income.
A storefront will open tomorrow with all its assets intact, a company office will open with its documents computers and office furniture intact, a manufacturer will open with the machinery still ready to produce goods for sale, our golf course without proper maintenance cannot open until the asset behind the front gate is back to a useable state.

In the same document as noted above updated 8:00am 1st April I would ask the reader to interpret for me, is there now some wriggle room for our course maintenance to be re-instigated.

Whilst the New Zealand Government is entitled to empower our clubs to adhere to strict guidelines below are a few reactions from other Golf Associations worldwide, these recommendations are current and equally subject to change as are the policies of the NZ Government.

In conclusion
It is widely recognised that here in New Zealand we were quick to react to this pandemic with closure of our borders and the introduction of the March 25th lock down, regretfully they are lagging behind when it comes to the implementation of guidelines for our golf industry………..! Danny Lee has scored an exemption for the British Golf Open after finishing fifth equal for a $NZ500,000 pay day at the Arnold Palmer Invitational in Florida.
Lee scored a second consecutive round of 75 at Bay Hill on Sunday (Monday NZ time) to join world number one Rory McIlroy, and Americans Joel Dahmen and Keith Mitchell in a four-way tie for fifth place.

Read more: Danny Lee makes it into The Open Championship

The playing season for the New Zealand PGA runs from 1 January to 31 December. Events are normally held in two parts of the year: January - May and September - December. 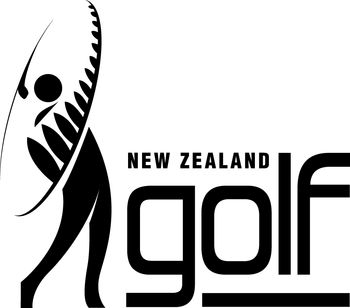 New Zealand Golf is a non-for profit charitable trust established in 1910 as the governing body for golf in New Zealand responsible for leading, growing and supporting the game. Courtesy Golf Digest - David Cannon has been photographing golf for nearly a half century. If you follow the sport, you've seen his work for Getty Images many times over without realizing it.

Read more: Hole In One Story to end all Hole in One Stories As of last years PGA Championship in St. Louis, Missouri. Some of the most talented golfers in the world will compete for their share of $10.5 million in purse money, and the winner will take home $1.89 million.

Read more: Who is the Richest Golfer in the World