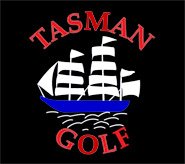 Incorporating Nelson, Marlborough, Buller, & Westland Golf Associations
Tasman Golf Incorporated was registered with the Incorporated Societies Office on 17 September 2009.    This body results from the amalgamation of –

*             Womens Golf Tasman Inc (a single body that controlled all womens golf in the Nelson, Marlborough and Buller/Westland regions).

The amalgamation was driven by NZ Golf which, in 2006, had just completed the process of amalgamating their own separate national mens and womens groups.

Following consultation with NZ Golf, a single body covering the “top of the South Island” was seen as being a logical move based on the player numbers and the fact that the three regions had a number of competitive arrangements in place between them.

The rules (constitution) of Tasman Golf Inc provides for a Board of 6 – 3 men and 3 women, one of each for each region.    The Board meets a minimum of 5/6 times a year.  A Regional Committee has been established for each region (Nelson, Marlborough and Buller/Westland) and the two Board members from each region are automatically members of the Committee.   These Committees can and do have separate mens and womens meetings to organize and run their Regional programmes, but each Committee must have at least one joint meeting per year.

The Board has two employees – a part time Executive Officer (20 hours per week) and a full time Junior Golf Development Manager (GDM).