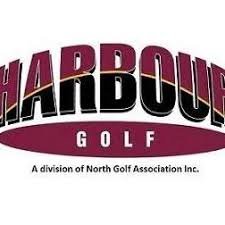 Empty
A meeting was held on the 7th June 1989 to discuss three options: 1 - Form a North Harbour Association 2 - Split into zones within the Auckland golf Association 3 - Remain under the present arrangement

In 1992 Peninsula Golf Club called an exploratory meeting of Clubs in the 'North Harbour' area and a Steering Committee was formed to look at the feasibility of forming a separate Association with great support from the regional Sports Trust, Sport North Harbour. Frequent meetings and a lot of correspondence with Clubs in the proposed area, New Zealand Golf Association, the Ladies Golf Union (as Women's Golf New Zealand was called then) and the Auckland Men's and Women's Associations ensued.

The Clubs involved were Helensville, Huapai, Muriwai, North Shore, Omaha Beach, Peninsula, Pupuke, Redwood Park, RNZAF, South Head, Warkworth, Waitakere, Waitemata, and Whangaparaoa. Right from the outset the Steering Committee proposed that this would be a joint Association of men and women which was a first for New Zealand. On the 16th April 1993 the fledgling Association was duly incorporated and the Constitution put in place. North Harbour would remain the only joint Association for many years.

Frank Nobilo was the Patron , Alison Edwards the first Women's President and Michael Cambie the first Men's President. The role of Patron has since been abolished but Harbour Golf is very appreciative of Frank's endorsement in the early stages.

The NZGA approved the application from the Men to commence at the beginning of 1994 but the NZLGU held the starting date for women until October that year and while they ran their own Pennant competition it was still under the auspices of Auckland. 1995 saw the first full year of operation from a small desk at the Northcote office of Sport North Harbour, with whom we have continued to be associated. We now operate from a fully equipped office at Sports House in Albany, opened in 1998.

The joint Association has worked extremely well with separate Men's and Women's Management Committees in place overseen by a combined Executive Committee of six. There are 16 Clubs within the District.

Our Representative programmes give many players the opportunity to represent their province with some excellent results. North Harbour has regular competition against Northland, Auckland, Waikato, Bay of Plenty, Hawkes Bay, Poverty Bay and Taranaki in various formats and covering Juniors, Elite and Masters.

North Harbour runs a host of Pennant competitions and we have almost 700 men, women and junior players competing across the board in the various interclub formats.